We are pleased to confirm the appointment of Rev’d Tom Nash to the post of Vicar of St John’s. Tom is currently Senior Minister for two churches which he leads in Sevenoaks: Grace Church and 4 O’Clock Church, where he has served for the last 6 years. He is also Associate Rector for St Nick’s, Sevenoaks. Tom is married to Clare and they have 3 boys between the ages of 4 and 10 years old. Tom will take up his appointment at St John’s in July 2020. We are very much looking forward to their joining the St John’s church family with Tom as our Pastor and overseer. 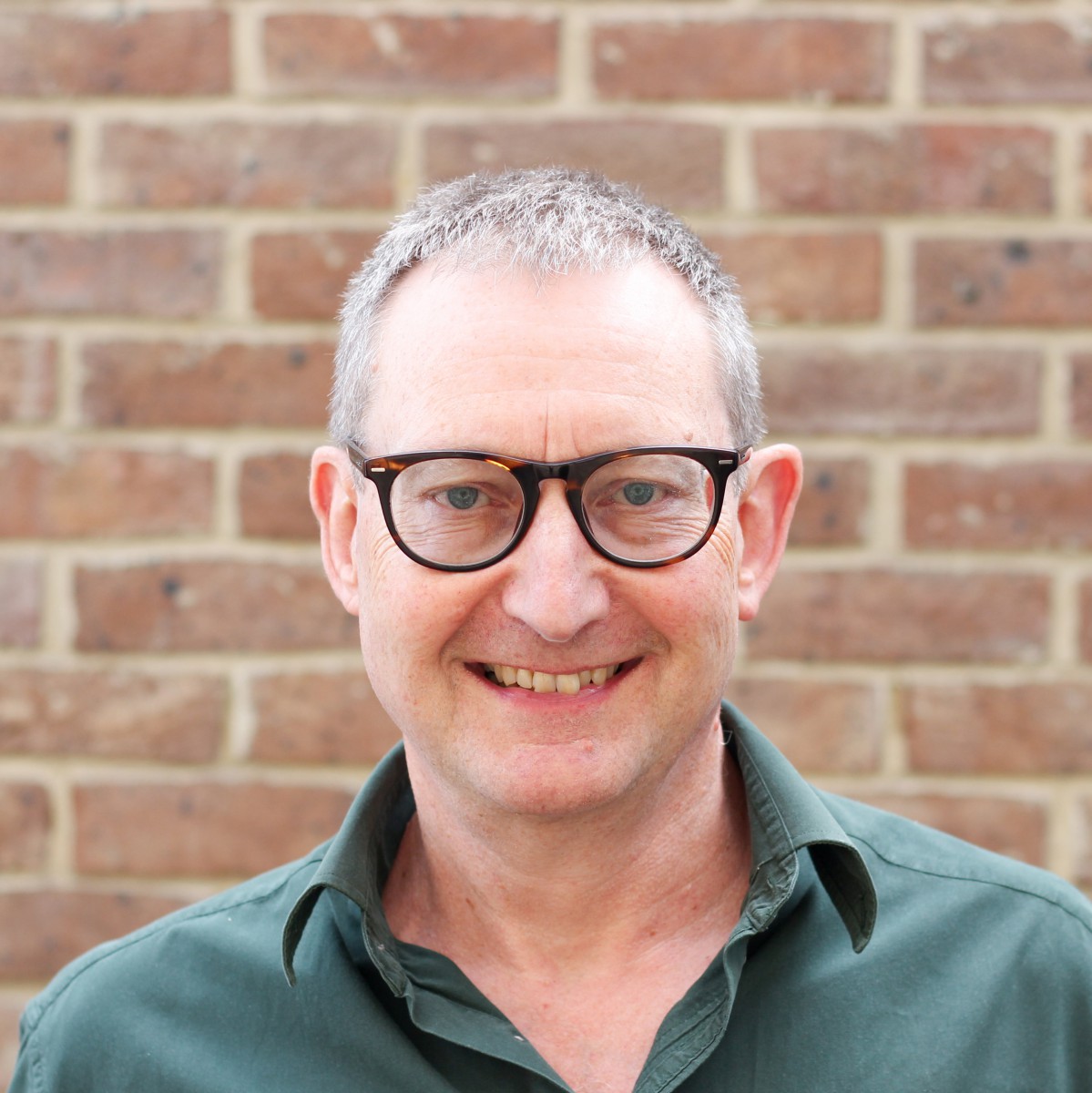 Dick was born into a church attending family, and as a teenager came to understand Jesus’ death on the cross for the first time. He was selected for training for ministry whilst at university, where he was also part of the team that won the universities hockey championship three years in a row. Having been a vicar in Essex, Dick and his wife Suzanne moved to Tunbridge Wells in the summer of 2009; they have two children, Rebekah and Jonathan, and one grandson. Dick enjoys watching sport, supporting Spurs, cooking, walking, coffee and cider, and umpires for Tunbridge Wells Hockey Club. Beyond his work at St John’s he is also chair of the Church Society Trust patronage board, a member of the ReNew planning group. 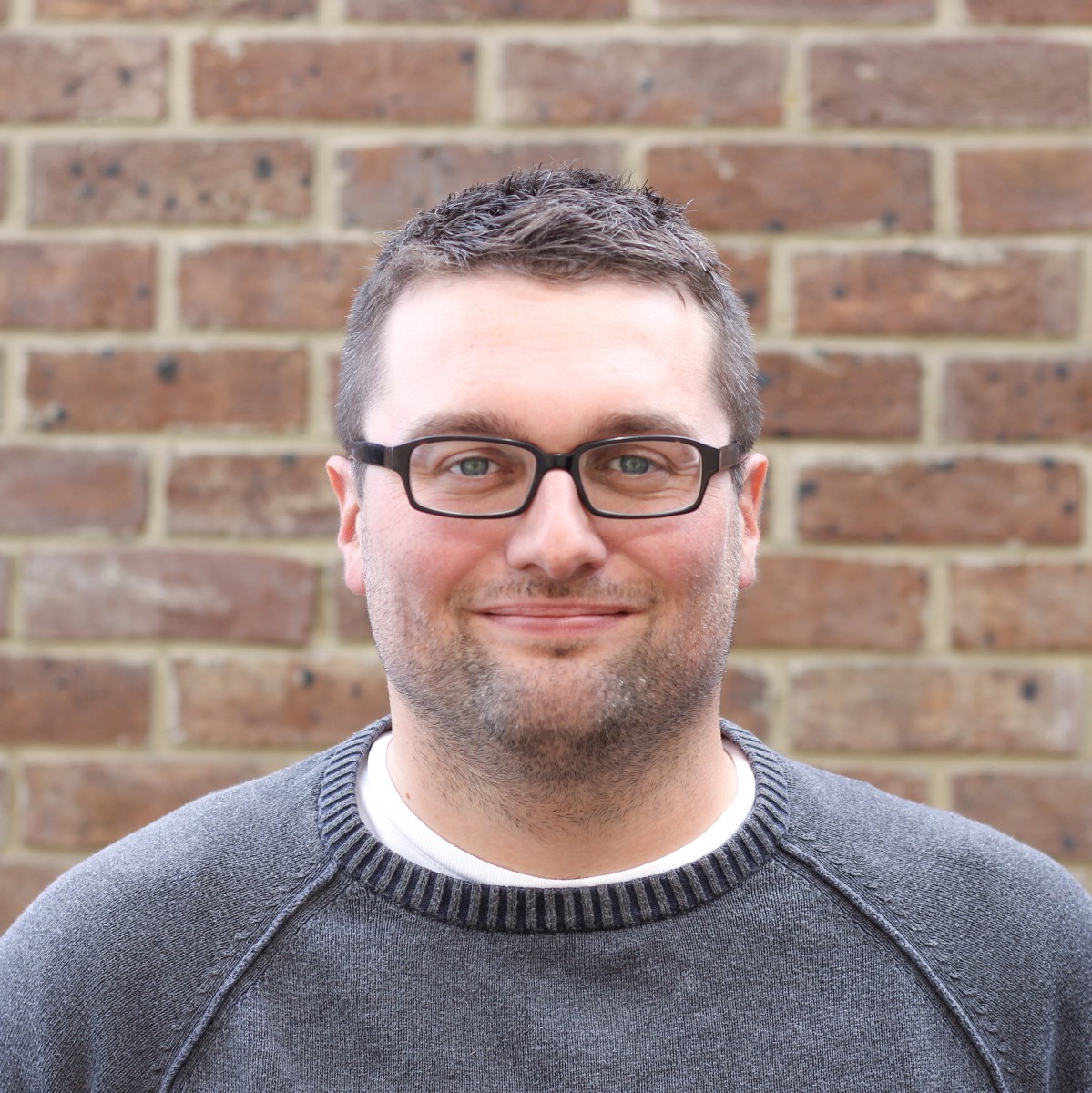 Jono grew up in Tunbridge Wells and is grateful for his Christian upbringing. He is thankful for the youth leaders and friends who patiently taught him about Jesus and why his death matters. Jono joined the staff team in 2016, having previously been Youth Worker at St Alban’s Church, Frant. Jono is married to Gemma and has two boys. He loves sport, burgers, proper coffee, and explaining to young people that the Bible was written so that we may believe that Jesus is the Messiah, the Son of God, and that by believing in him we may have eternal life. 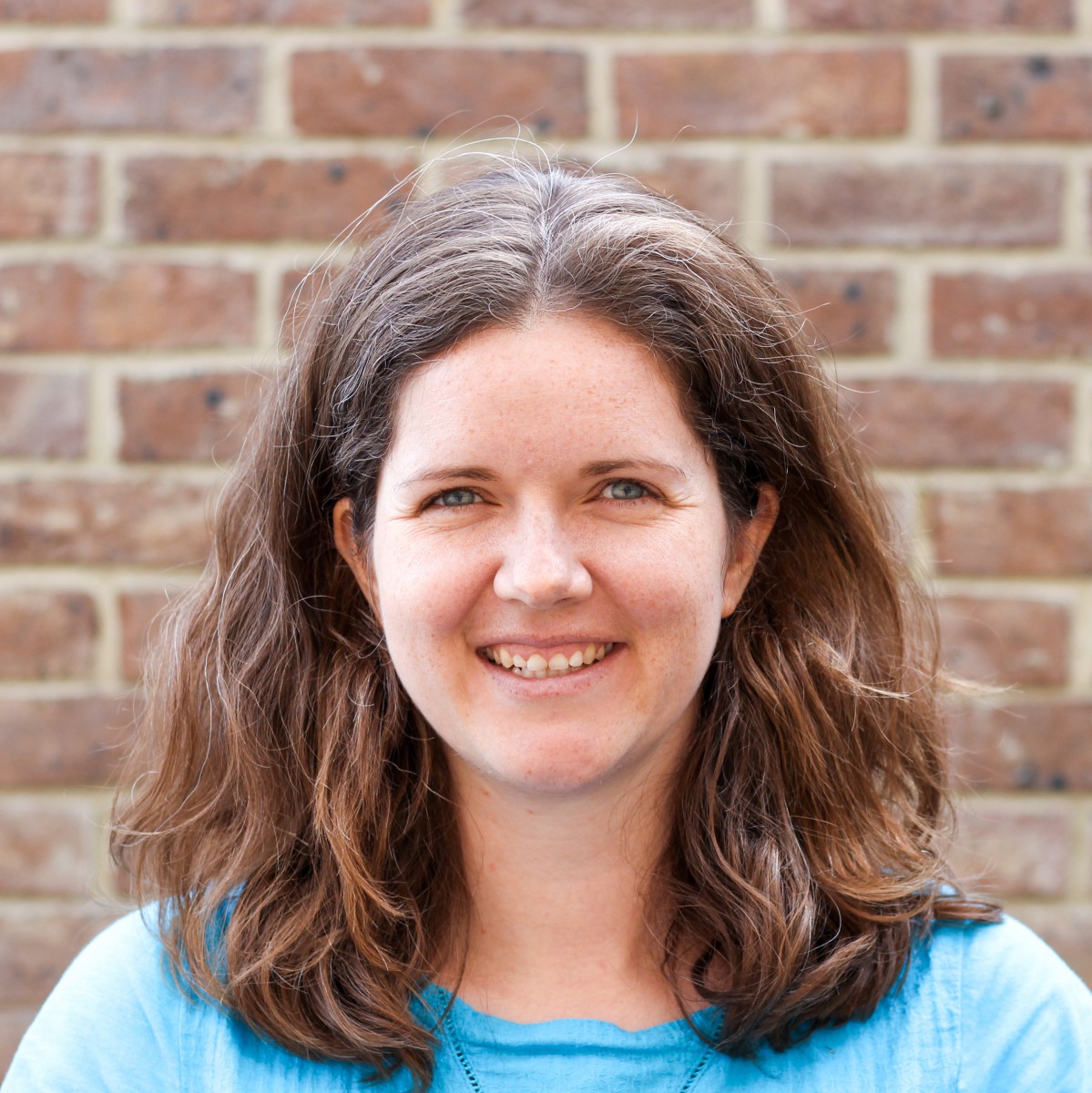 Jenny became a Christian during childhood through hearing the good news of Jesus in her local church. Over the years, Jenny has been amazed to see God changing lives as the Bible is read, and Jesus made known, and so she is delighted to be opening the Bible with women in Tunbridge Wells. In her spare time, Jenny loves swimming, playing the piano and singing, spending time with family and friends, and watching Pointless! 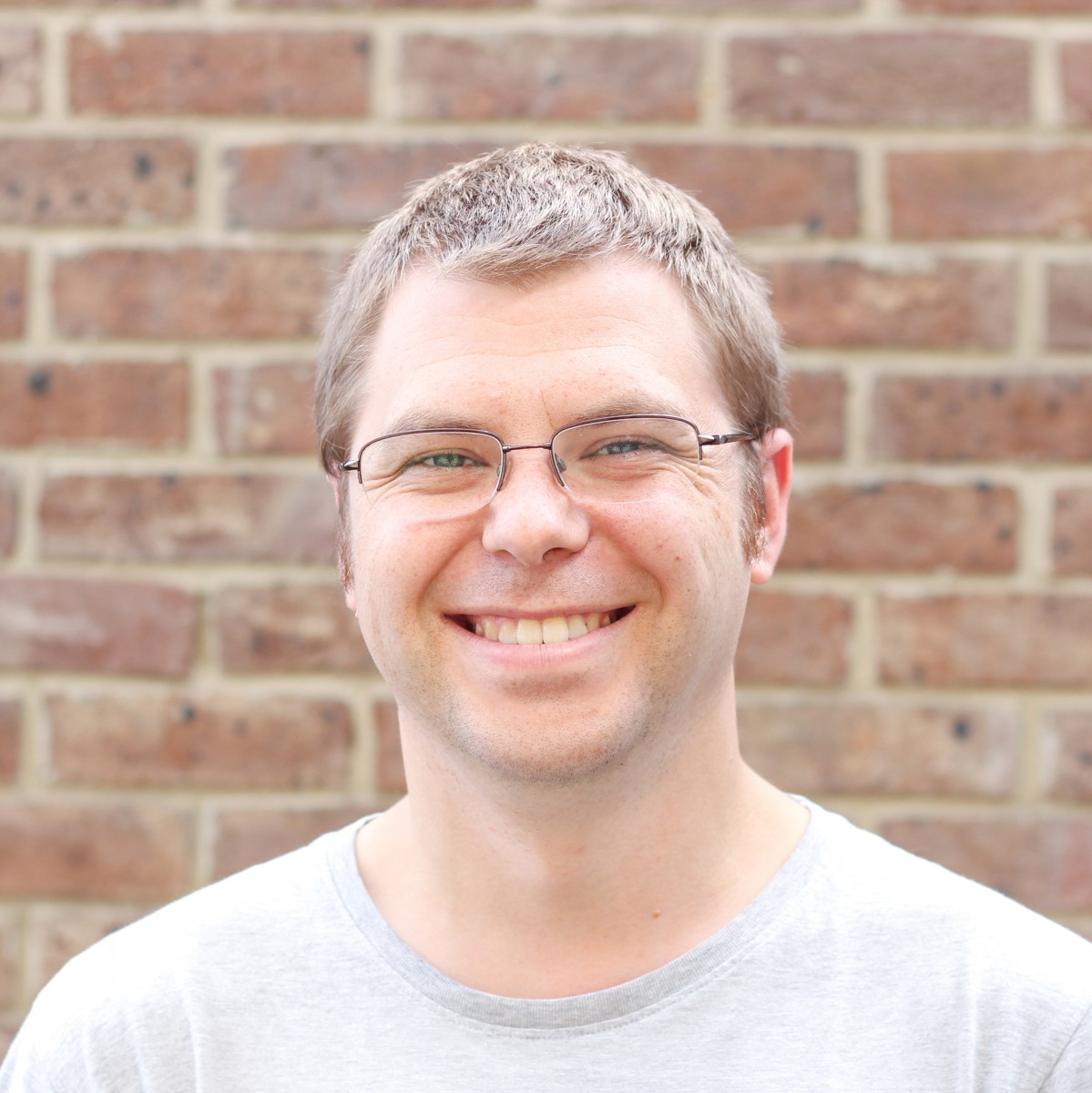 Craig grew up in Poole, Dorset, and through the witness of many faithful Christians gradually came to understand the amazing forgiveness for sins on offer through Jesus Christ's death. He studied maths and music at St John's College, Cambridge, and previously worked on the staff team at All Souls Church, Langham Place. As well as his responsibilities with the music, Craig is involved in the children's work at St John's. Outside of St John's he is busy as a music teacher, pianist and choral director. He particularly enjoys cricket, Formula 1 and board games. 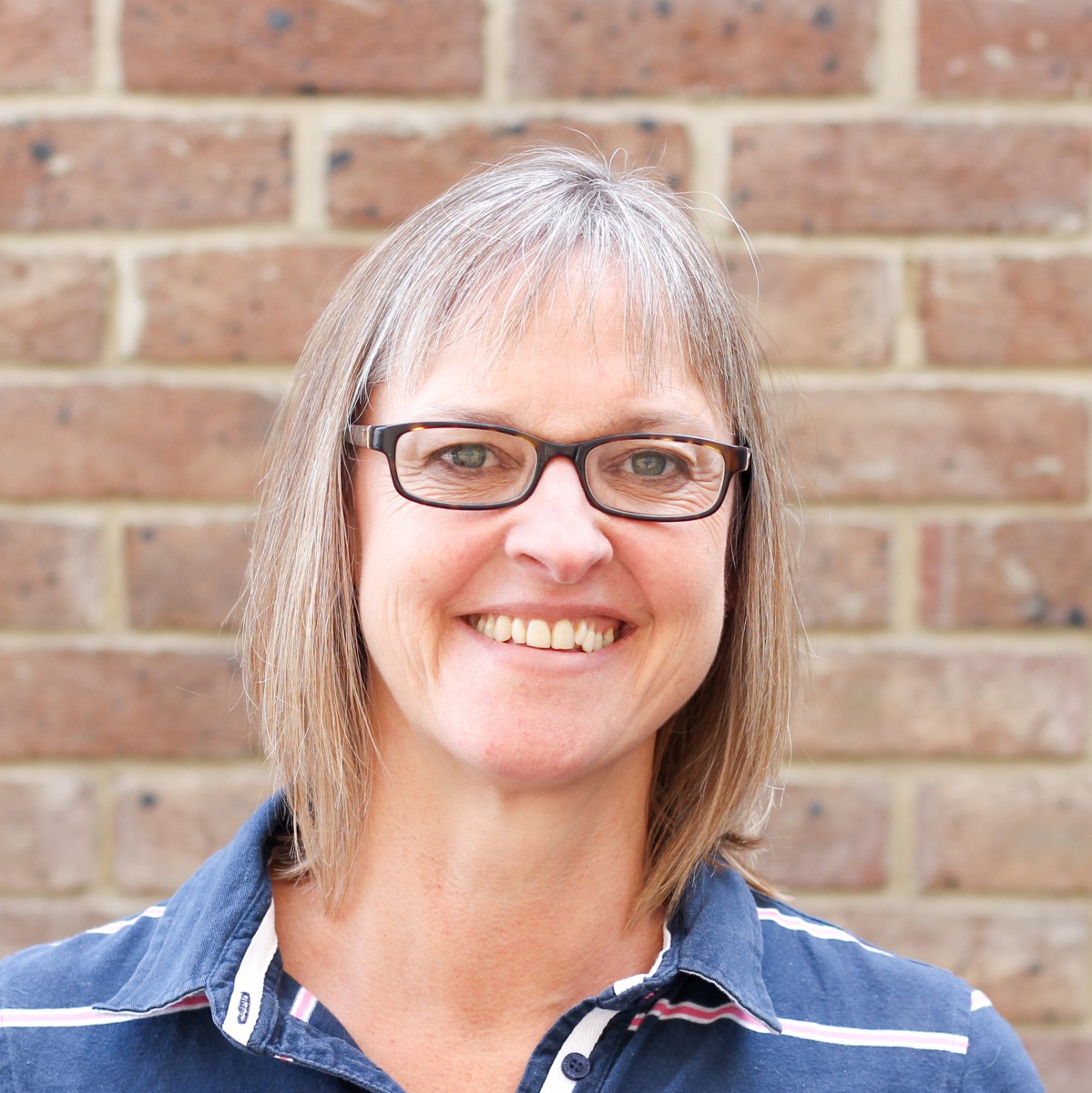 Having had the privilege of being brought up in a Christian home, Ali came to understand that Jesus’ death brought life and, thankful for his amazing love, committed to follow him aged 12. Married to Tim, Ali worked as an Osteopath before having two children, now teenagers. Before joining the St John’s team in September 2015, Ali was a support worker for the Alzheimer’s Society. In her free time she enjoys a coffee with friends, singing or going for a run (more a gentle jog!).

Phil grew up in a Christian family and he is very grateful for parents who taught him about Jesus from an early age. However, it wasn’t until after university and a period of prolonged sickness that he really began to trust the Lord Jesus as his own personal Saviour. Phil is married to Kate and has two lovely daughters. He enjoys watching sci-fi and taking the dog for long walks in the Kent countryside. 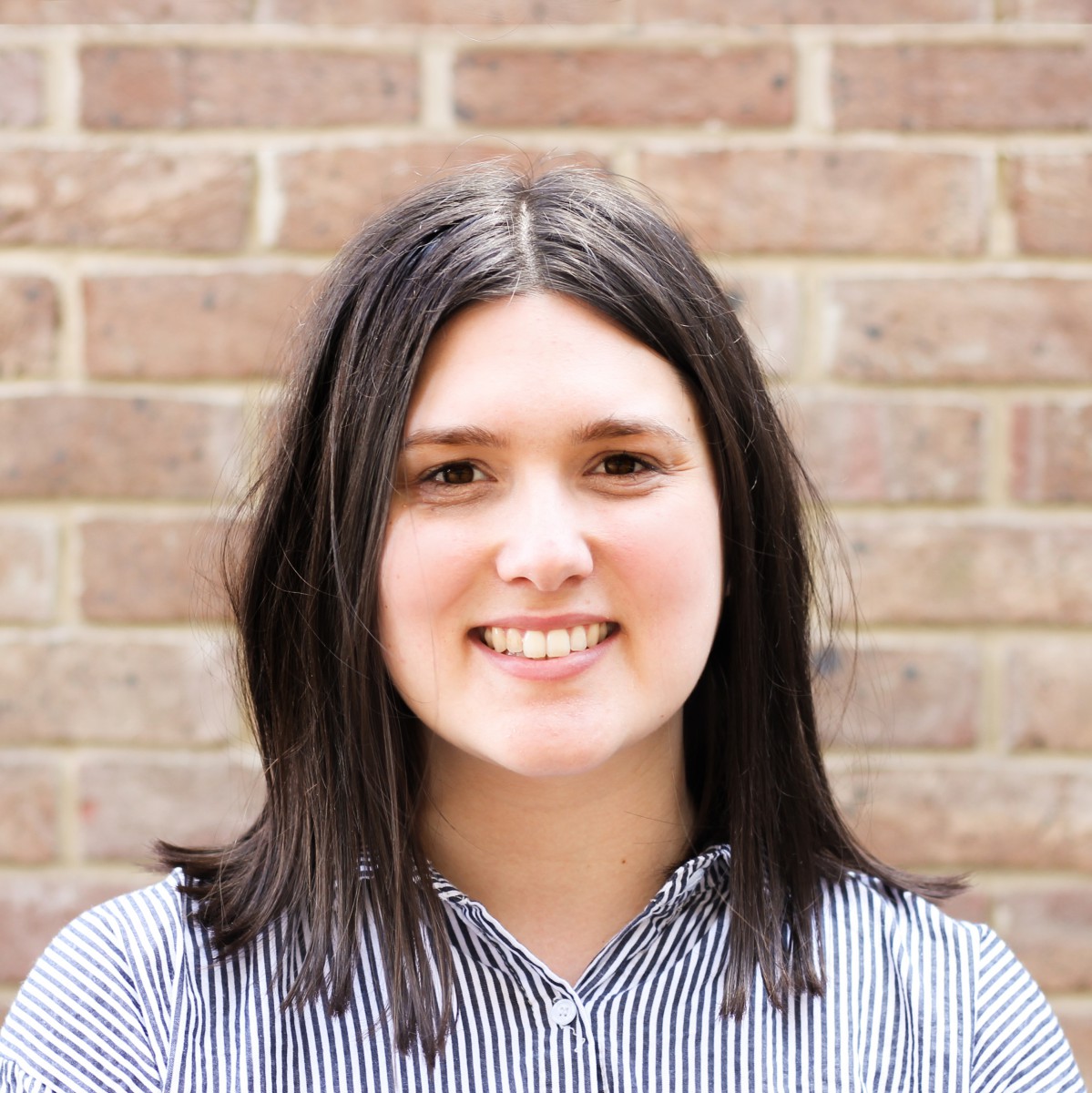 Growing up in Pembury, Helen was invited along to the youth group at Pembury Baptist Church. She then began attending Sunday school and learning about the grace of Jesus Christ, as he died for her sins on the cross. Helen went on to study in London and grew in her faith as she studied God's word during student bible studies. Helen is married to Nathan and enjoys pilates, reading and eating good food.

Jonny grew up in a Christian family and came through all the church groups. Despite this, it was only as a teenager that Jonny realised Jesus Christ actually existed. Jonny helps groups with their practical needs, thankful to God that he can continue to learn from God's Word and help other people teach and learn as well.

Dave is Tunbridge Wells born and bred (a Tunbridge Wellsian) whose parents brought him up in a Christian environment. Dave became a Christian when he was 8yrs old at Spring Harvest and as far as he could understand at that age, he wanted to follow Jesus. Through the help of friends, family and church Dave believes that Jesus died and was raised to life to save him. Dave is a ministry trainee, and studying at Cornhill, because he also believes that everyone who follows Jesus should have the bible as THE book for their day-to-day life and he wants a better knowledge of the bible.  Dave likes football, cooking, catch up drinks with (cool) people, proper coffee, home brewing, travelling and the occasional film. 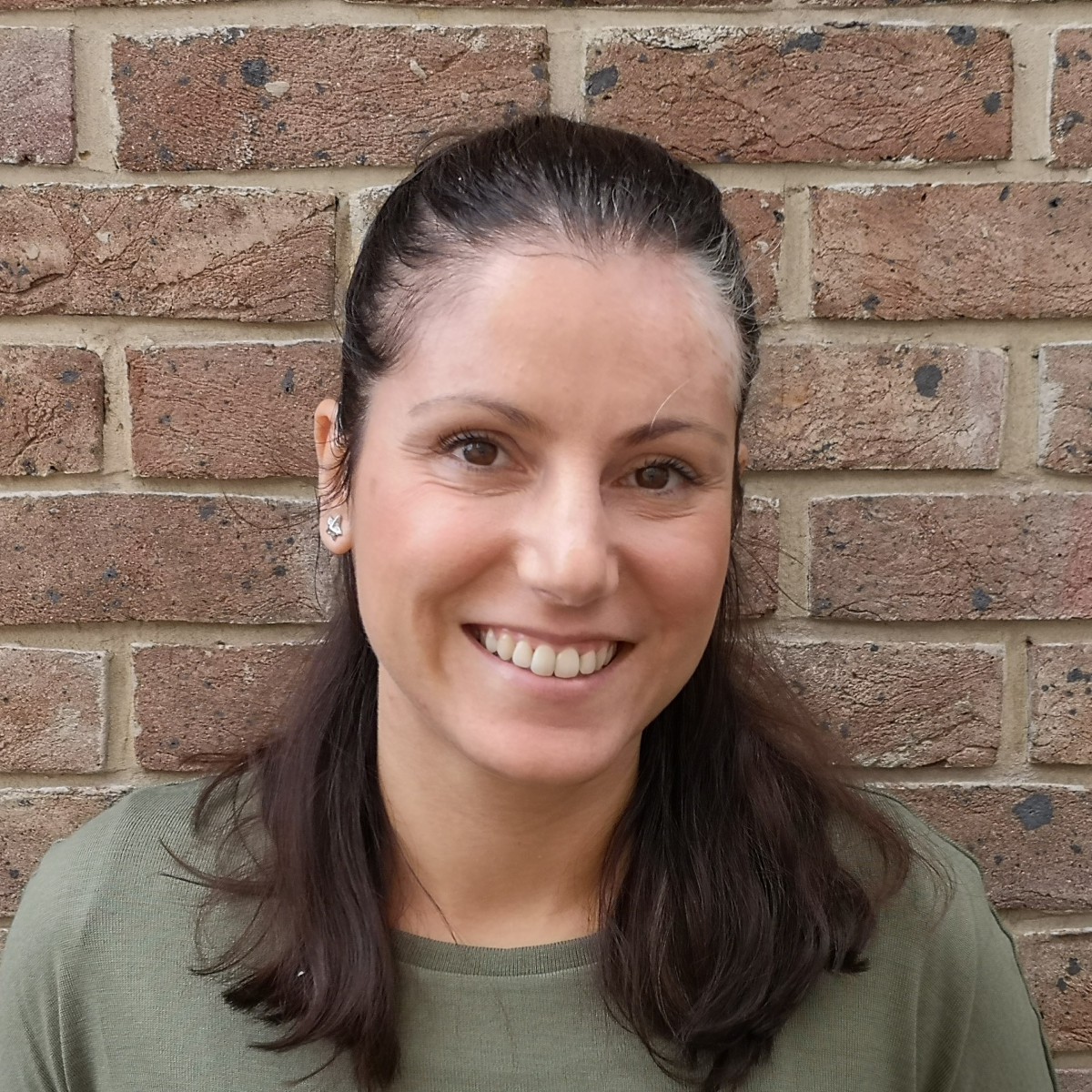 Marina was born in Italy and felt her heart empty, until - almost 4 years ago - she accepted the Lord and her heart has been filled by true joy and peace. It has been a blessing to her, considering that in Italy most people are traditionally Catholic without knowing the true meaning of the Cross. At her previous Italian church, Marina was involved in teenagers ministry and events organisation. Now, after many prayers, thanks be to God, she found St John's church where she is involved as a Ministry Trainee for 1 year. Marina also studies at PT Cornhill in London once a week with the purpose to grow up in the knowledge of the Bible. 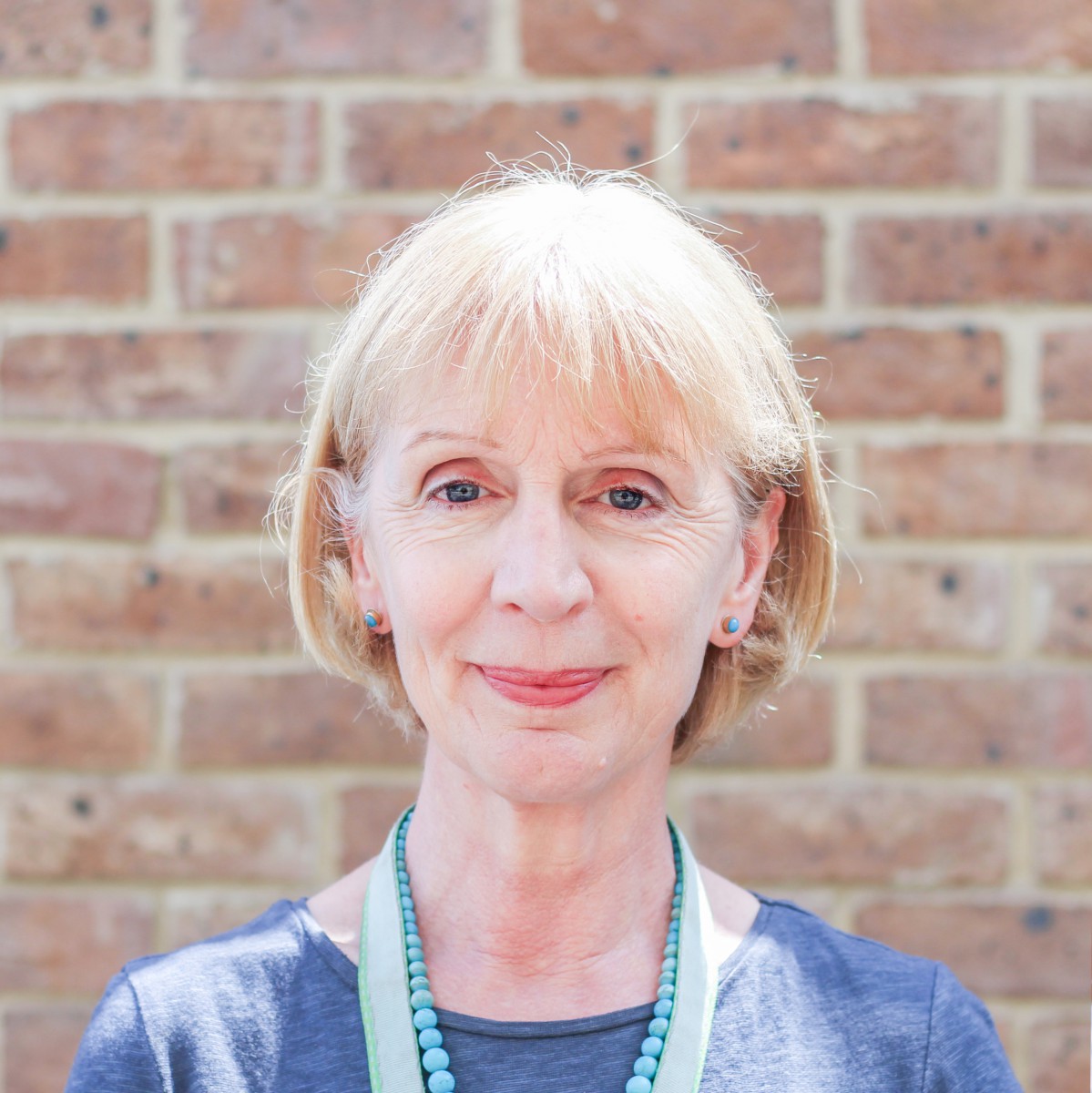 Sue, originally from Lancashire, is very grateful to her Granny for starting her on her journey of faith. Coming to work in Kent, getting married and then becoming a parent much strengthened and confirmed her belief. Having previously worked in the medical world, she now works as church receptionist Mondays (all day) and Tuesday mornings. She enjoys being outdoors – cycling and dog walking – and also loves crafts and sewing. 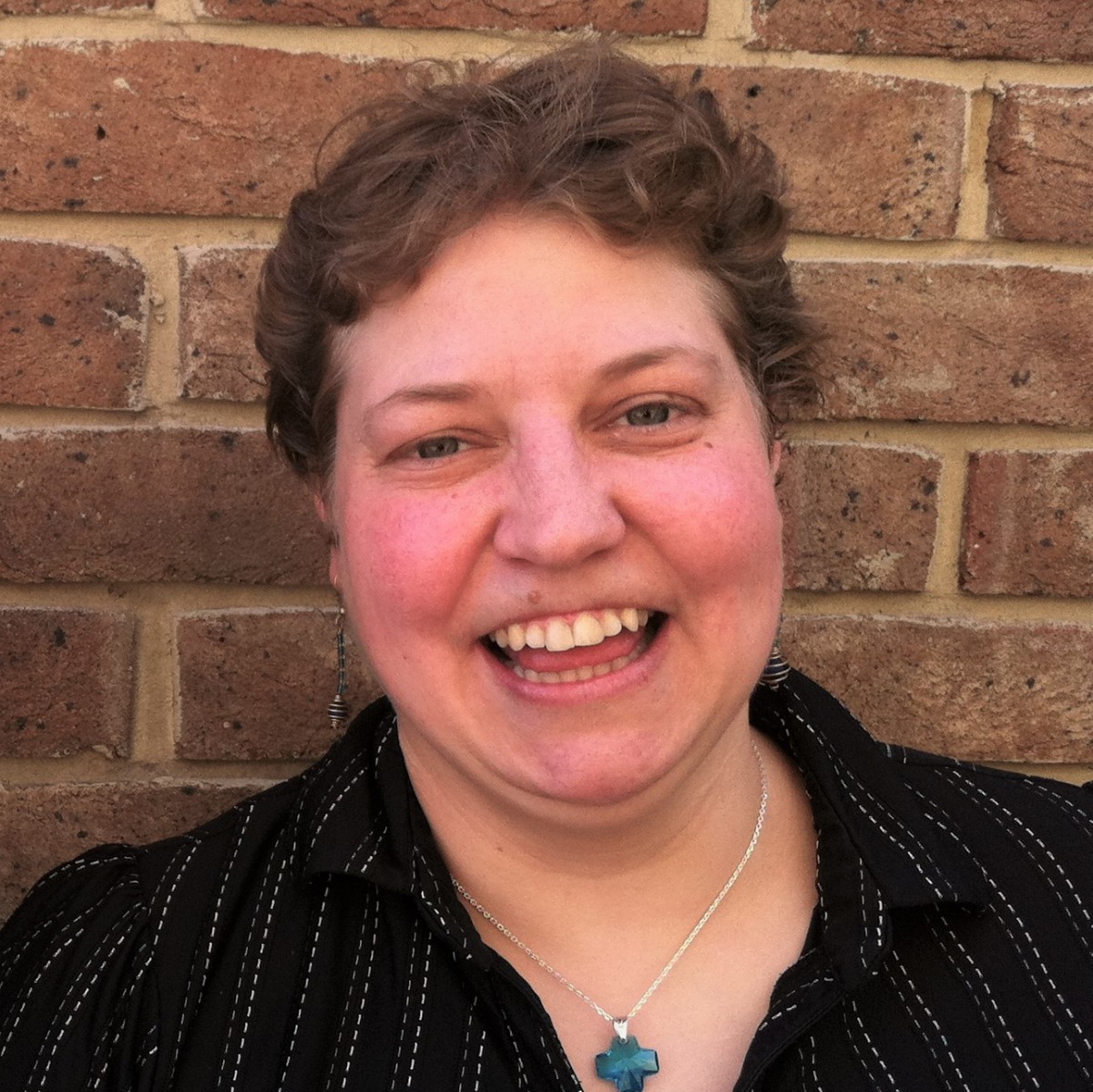 Sue was brought up in a Christian family, but it wasn't till she attended a Christian camp as a 10 year old that she realised that Jesus was not just a historical figure, but he was alive and wanted a personal relationship with her, if only she wanted it too. Baptised and confirmed at St John’s, and a member of the church family for 45 years, Sue works as church receptionist Wednesday-Fridays. 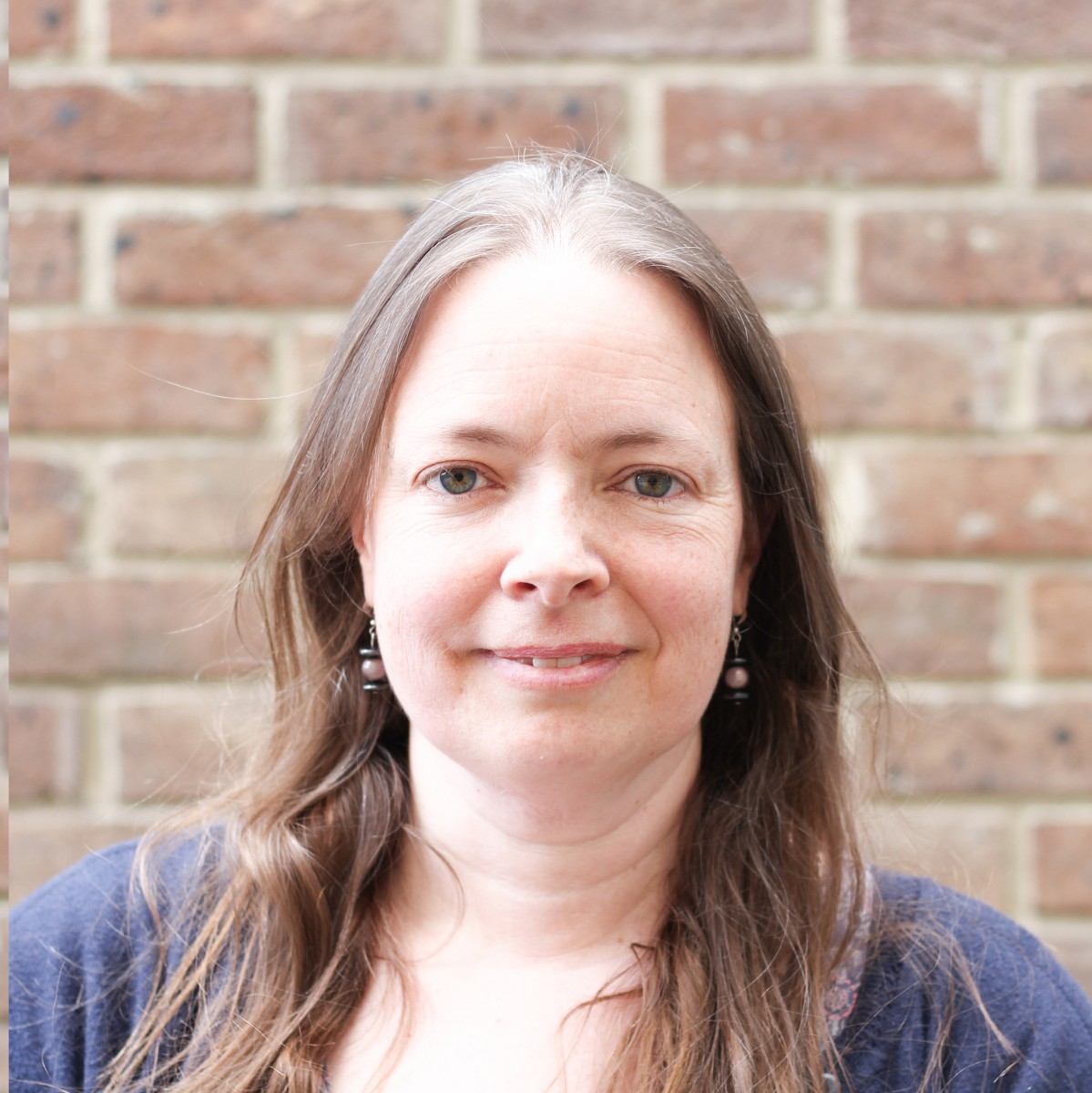 Ann was brought up going to church and at 16 her brother took her to a Christian event where she committed to live her life God’s way, not her own. Ann has been involved in the children’s ministry for nearly 6 years. Previously, she led the women’s ministry at St John’s, was the development director of a mission agency, and a city lawyer in London and Tokyo. Ann met her husband Bruce at church in Tokyo and they have 2 teenagers and a cute cat. She loves singing and all things Japanese. 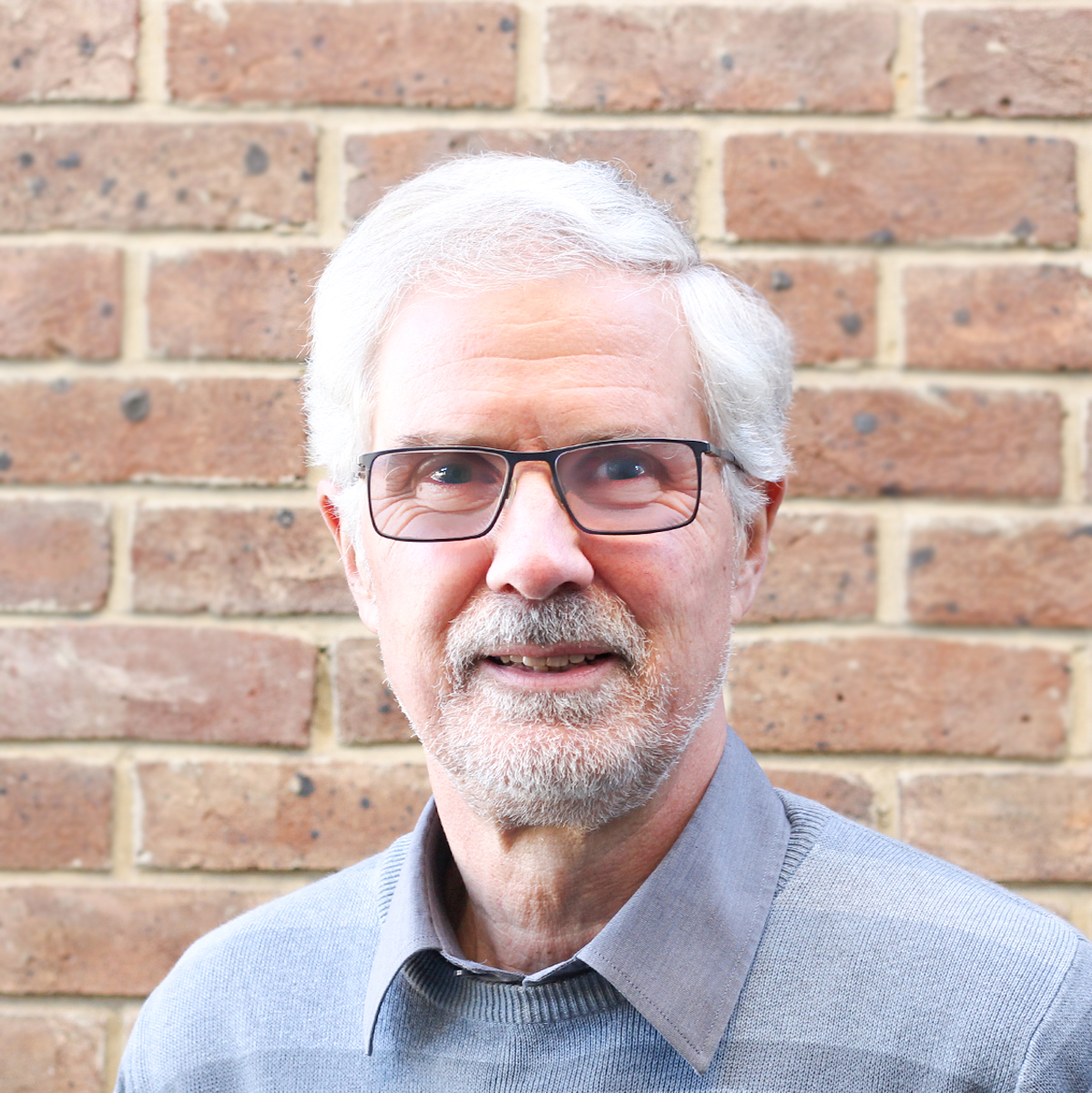 Richard became a Christian in his mid-forties as a direct result of a neighbour inviting him to guest events at St John's. He later joined a short course which opened up the Gospel in a way which appealed to this practical Civil Engineer and he welcomed Jesus into his life. Richard grew up in Surrey and, together with his wife Sue, lived in Northumberland and Suffolk before moving to Tunbridge Wells. They have two married children - their son Chris and his family are also members of St John's, while their daughter and her family attend church in Bristol. Richard retired after fourteen years working for London Underground and has since taken responsibility for coordinating the Men's Ministry at St John's. Other interests include gardening, DIY and maintaining steam trains!

Anthea grew up locally in a Christian family, but has really grown in her faith since joining St. John’s in 2015. She has been running Global Café on Tuesday evenings at St. John’s since 2018, and is so pleased to have the opportunity to make God’s word better known to the internationals here. Since moving back to Tunbridge Wells after university, Anthea has worked as a translator, initially in a local company and now freelance. In her spare time she enjoys baking, catching up with friends over coffee, and travelling. 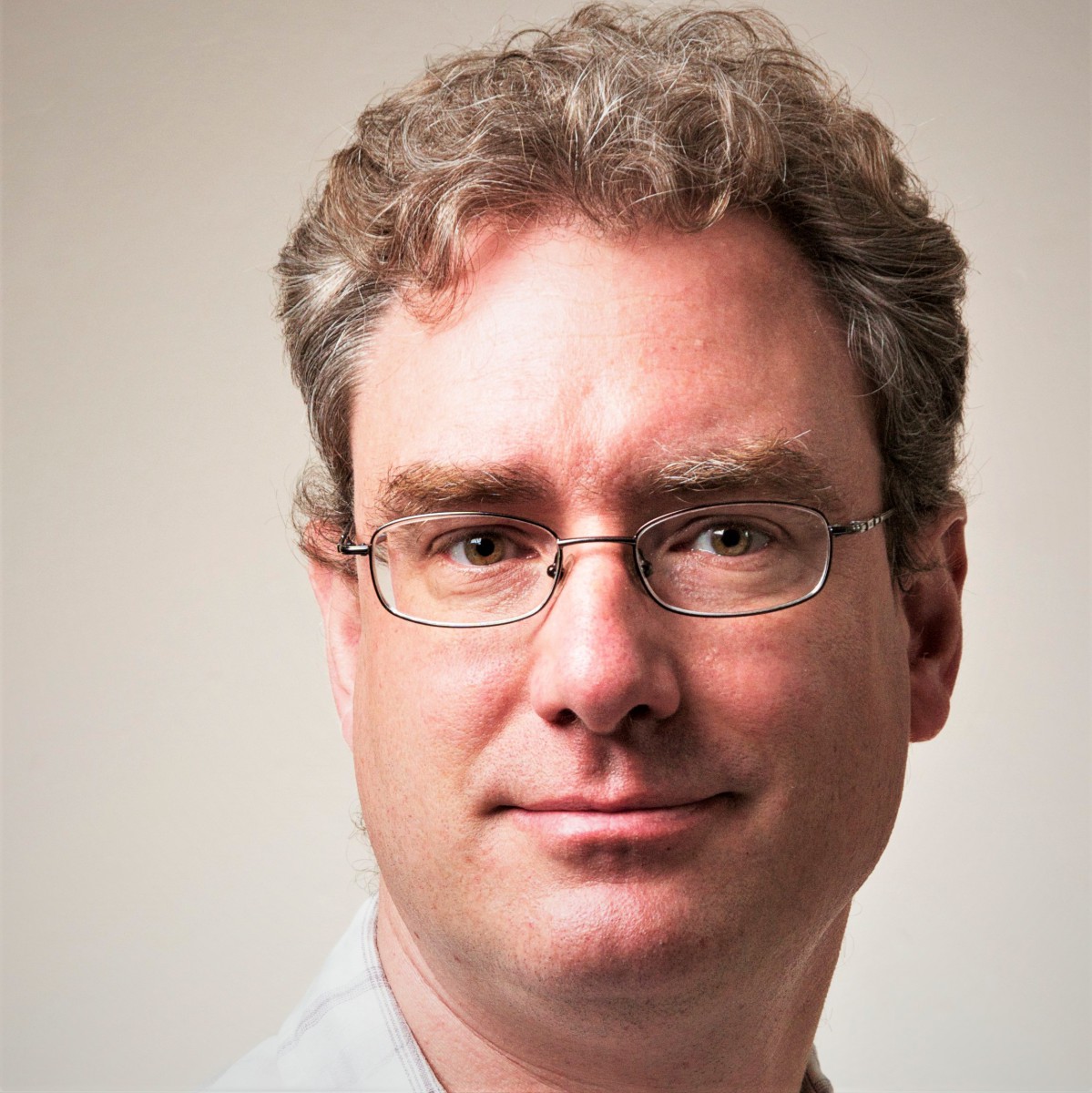 James McLearon - Daddy and Me

James was brought up to go to church, but realised at the age of 10 that he could have a personal relationship with God. He is involved with Daddy and Me at St John's, aware of how much his faith has helped in his role as a father. He met and married his wife Laura at St John's and has three children. He works during the week as a chartered surveyor and enjoys walking, DIY, gardening and playing the ukukele.

Ruth grew up in Bromley and at the age of 8, after she became a Christian on a Girls Brigade camp, confessed to her mum that she loved Jesus more than her! A moment her mum treasured!! She knew from an early age that Jesus was her Saviour because of his death on the cross for her sins and she knows the importance for young children to learn about Jesus. Ruth, a primary school teacher, moved to Tunbridge Wells over 25 years ago with her husband Andy, and settled very quickly in St John’s Church. They have 5 children - Bethany, Ella, Harry, Rachael and Thomas. Wherever Ruth is, she can be found chatting to people especially while walking her beloved family dog Caspar in the local park. She loves talking about Jesus!

Naomi is our Safeguarding Lead and Ann is her Deputy. Together they advise on safeguarding matters relating to children, young people and vulnerable adults, in accordance with national safeguarding legislation and Diocesan guidance. They promote safer practices in church activities and seek to ensure that safer recruitment practice is followed in relation to all staff and volunteers. They also provide safeguarding training. They are the people to contact with any safeguarding concerns.